skip to main | skip to sidebar

Spring Training has started and that means baseball season is almost here! I love baseball. Not just the game, but the experience. I don't usually need an excuse to sit in the sun and drink beer, but if I did, baseball is a good one.

I'm a Giants fan, turned Rockies fan. I'll cheer for both, but feel a little bipolar when they play each other. Five years ago when my family relocated to Denver, I started watching the Rockies. Coors Field is pretty awesome. I do miss "The Stick" though - even if the Giants now play at AT&T Park (which is also pretty great). 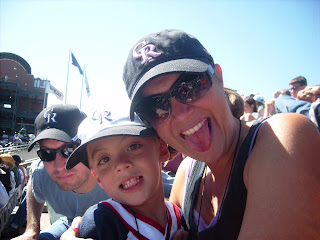 Anyway, last season we took the boys to a Rockies game (we only lasted a few innings), but I think we have some baseball fans on our hands. Kwal Paints gave away Tulowitski t-shirts. They only came in XL, so I have a couple extra. The boys can't wear XL.

I've been saving them to rework into something I might actually wear and checked out a lot of different options I found on Pinterest.
Like these: http://www.dana-made-it.com/2009/08/where-ya-been-part-1.html
and these: http://crafterhours.blogspot.com/2011/08/tee-to-tank-tutorial-by-jen-from.html 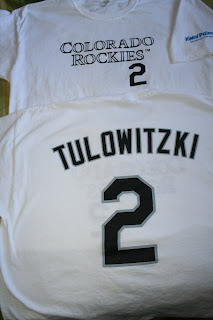 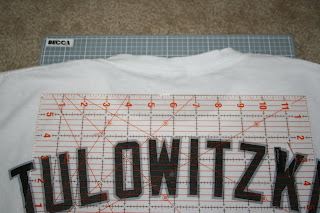 Cut off the top, just under the collar. The original tute, suggested cutting through the front and back together, but I wanted to preserve the #2 on the back. I cut the back and front separately - the back will come up a little higher than the front on the finished T. 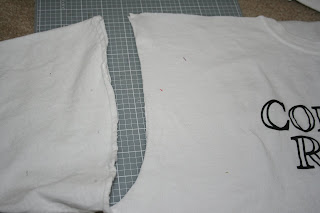 Cut off the sleeves. Bye, bye Kwall Paint logo. Thanks for the shirt though. 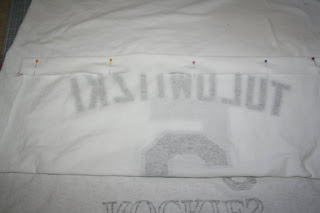 Next fold over the neckline on front and back and pin to make a channel. 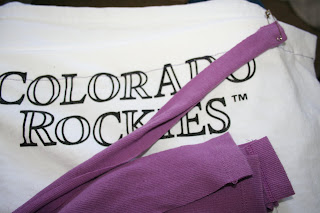 Finally thread in the ties. The purple came from an old tanktop I pulled from the Goodwill bag. A safety pin will make this step easier. 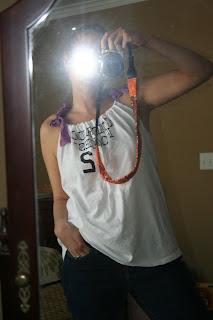 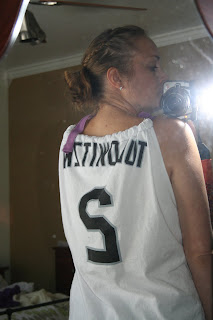 For the other shirt, I decided to give shirring a shot. There are tons of great tutorials on Pinterest, but I really like this one from Make It Love It (one of my favorite blogs): http://www.makeit-loveit.com/2011/11/sewing-tip-shirringsmocking-with-elastic-thread.html

I did the cuts exactly the same way as the other shirt, but instead of making a channel, I shirred the top with three rows of stitches (using purple thread on top and elastic thread as the bobbin). It was pretty easy! Just stretch out the fabric a little while pulling it through your machine. I did take this one in a little bit on the sides to make it more fitted. 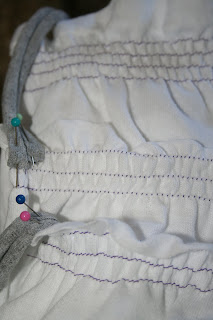 I also did the hemline with four rows of shirred stitches and attached straps from an old gray t. 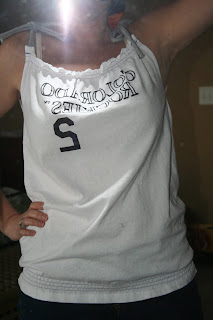 And the results - I may move the straps over a little more before opening day. 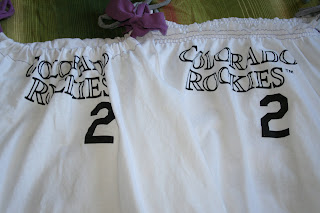 Posted by One Desperate Mom at 8:00 AM

One Desperate Mom
I'm Becca. I'm a mom, but never imagined I'd be one. I'm taking it one day at a time and loving it (most days).